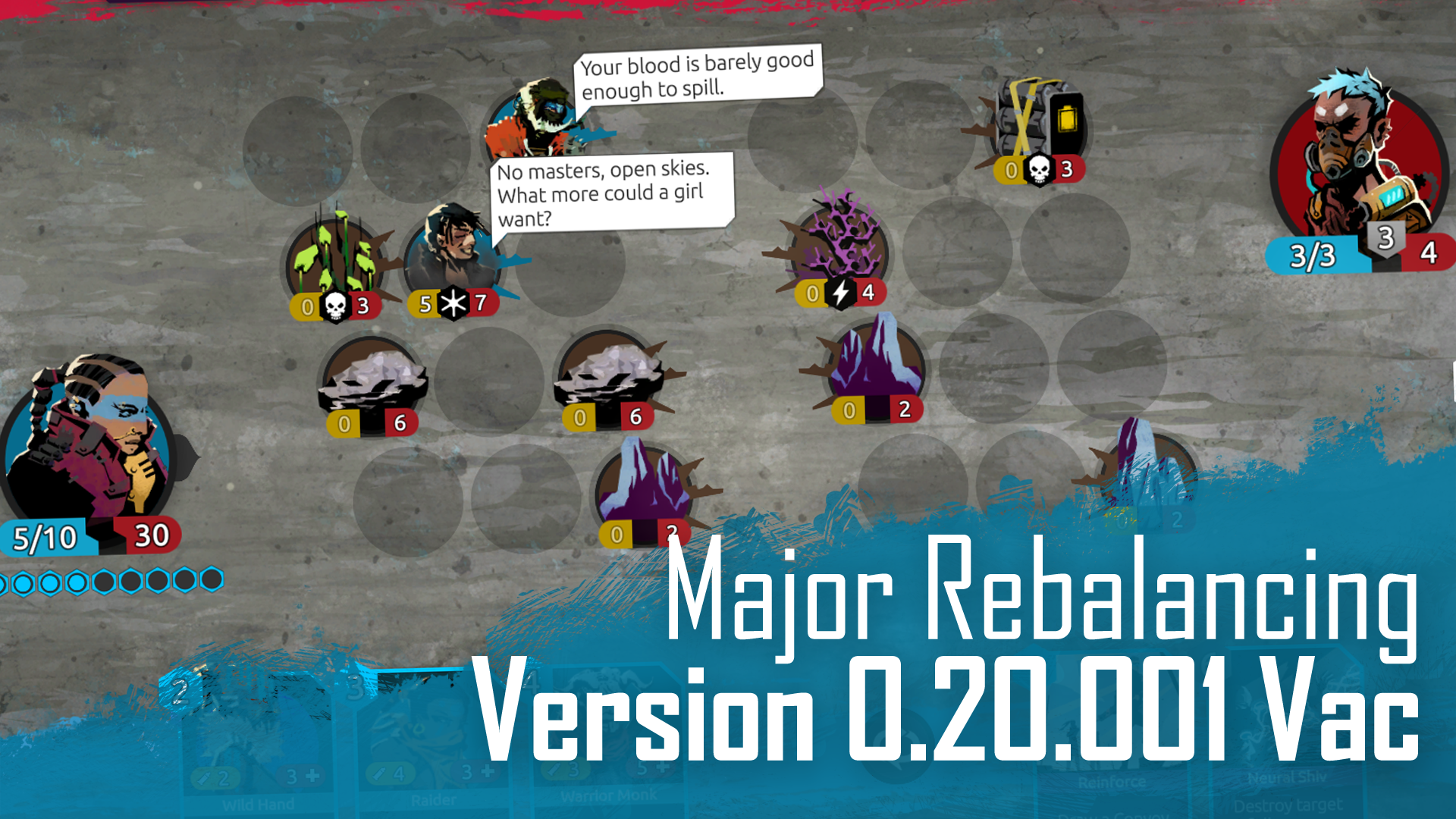 (Note: This breaks your running save game and will tear some holes into your card collection...)

I have been thinking for a while about how to make the characters of Nowhere Prophet stand out a bit more. One of the most obvious ideas was some actual voice recordings when the characters enter battle - sort of like Hearthstone does for its higher tier cards. However that's a) expensive and b) an issue once you start to localize the game.

So it always ended up on the backburner. However Speech Bubbles are a good alternative, so I took some time to implement the feature and write some cool lines for the different cards. (There's also some fun references buried in there). Now when you (or the enemy) play a Legendary or Mythic follower, then you get a short text, picked randomly.

I'd love to hear how you folks like this new side to your followers, and which one's your favorite!

The Daily Challenge was always a fun mode to compare yourself with others. (With the caveat that there is no itch-based leaderboard system so you were limited to comparing yourself manually). However one of the original features for the game mode never made it in: Mutators!

You can see a preview (with work-in-progress icons) of a few of those above, and as a teaser, here's three of them:

Oh, and along with the change in game mode, the GameMode Selection was adjusted accordingly.

This was triggered by player Blatm providing a lot of insight and feedback in the state of the game. This motivated and inspired me to redo the balancing in a big way.

A lot of cards were changed: Followers had their stats adjusted and many got completely new effects. And some names and images got shuffled around, so you might be a bit confused at the beginning. This was done mainly to fit the effects better, and to provide a great set of variety on Legendary & Mythic rank to get some good voice lines going.

Leader cards were also affect, with many of the legendary and mythic cards becoming stronger. Levelling up should be a lot more rewarding now. And of course this also meant that the starting convoys and leaders had to be changed and adjusted. And there's a smattering of changes going out from there: Enemies have changed, equipment had its cards changed etc.

And then the economy was touched up to make some of the less interesting nodes more tempting: Hard fights can now drop wounded followers, so you might want to run into those red notes more frequently. And teachers now provide higher level cards so they may be worth visiting earlier.