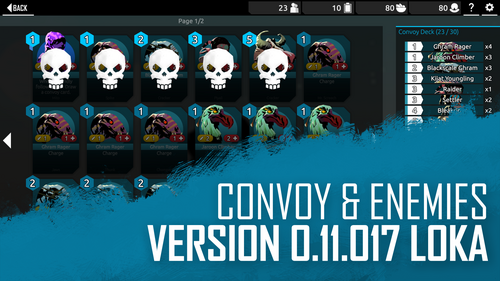 LOKA, The World that is Seen. And now there's more to see of the broken world of Soma.

The first major update is here! A lot of things have changed. The key focus of this patch was to improve the balancing of fights, add new, interesting enemy decks and to clean up the interface some.

Check out the complete change log below! And if you're curious about the next steps: Keep your eyes peeled! I'll post a video discussing what's next soon, but one thing right away: The next update will come quicker!