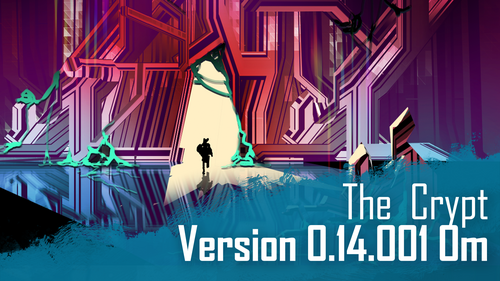 It's time for the final fight!

With this update the last map has been added. This allows you to finally unlock the mysteries of the Crypt. Together with the final map and its new events I have also put a bunch of new unlockables in the game. You can now unlock two new classes and a few new convoys to play with!

Note that the artwork for some parts of the Crypt is still temporary and will be replaced soon. I just didn't want to keep you waiting any longer, even though the visuals weren't done in time.

But that's not all! Together with the new map I have also added the Convoy Perks feature. Each convoy you will find has a different set of perks you can unlock as you play with the convoy. These perks change things such as battery gain, wound healing or even hand size in combat!

Here's a preview of the perks on the starting convoy, the Outcastes:

These perks should be somewhat balanced and are a first stab at the entire system. I am pretty happy with the state they are in but if you have any thoughts or insights, please let me know!

Also there's been a lot of new artwork, most importantly the backer faces! These have finally made it into the game:

On that note: The First Access rewards will go away soon, so if you were considering becoming part of the game, you might want to do that sooner, rather than later!

Apart from that I'm also running an experiment with the changes to the followers when wounded. I've been playing with a few different stat changes and for this build I wanted to roll an experiment out to everyone: Wounded followers now have +1/-1 to their stats, instead of -0/-1. This means even if they're wounded they're not really worse, they're just different. Please do let me know how this change feels.

Looking at the Q2 roadmap I also wanted to spend some time on the Event window but I could not find enough time to do so. I sat down to think about it but the main problem (a lack of info about followers that are mentioned) is not really easy to solve the way everything is currently put together. It requires some more thought. I already have some ideas so lets hope it will still make it into the May update!