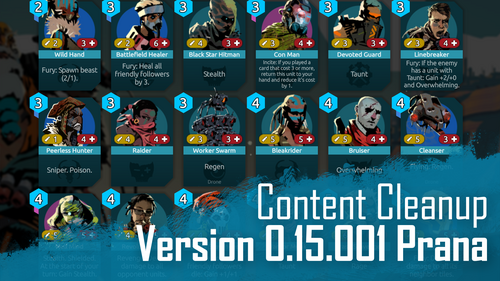 This one features another major overhaul on the followers and items. Drop rates have been massively changed and followers now feature a faction icon to make it clearer where you can recruit them. This should make deck-building a tad easier.

However this change will break your current save game, so make sure you're updating at the right time!

A Bandit, a Drone and a Feral walk into a bar...

It also features a host of new sounds and some new artwork for the events and locations. Check out the changelog for the full rundown!

Another reminder: The First Access rewards will go away soon, so if you were considering becoming part of the game, you might want to do that sooner, rather than later!