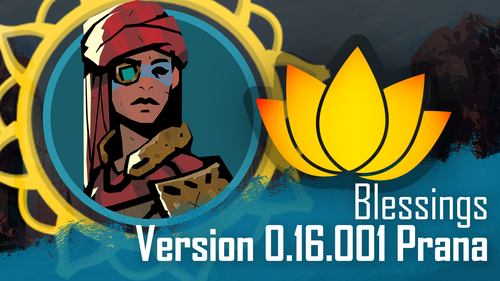 I'm busy polishing the game, getting in the last bits of content and making sure it plays as good as I can. That means this release is mostly tweaks, such as the plethora of new sound effects in game! Everything audible has been tweaked and improved and the game's sound scape is a lot richer now. And the same is true for the enemies - they should be easier now on the lower levels and easier difficulties, while being harder on the harder ones.

The only really noticeable new thing is - I think - the blessed status. The follower that deals the killing blow is now blessed. Blessed means they will start fights with +1/+0 and will stay blessed until next wounded. Oh, and getting blessed will also heal that follower, so you may want to keep some of your wounded folks in the deck to benefit from that.

And while all this balancing and tweaking is slow and doesn't feel like much, I've done added a bunch of small tweaks to the game: Quest nodes now feature hints so you know which quest has generated them, Tooltips no longer leave the screen, buffs/permanents are now properly displayed in items and overviews, there's a visual effect for taunt followers joining etc. etc.

And that's it for this update. There will be one or two updates in August as I continue tweaking the difficulty of combat and travel resources. I am thinking of simplifying the map a bit, so any thoughts on that are welcome, as always.